A lesson in Humility 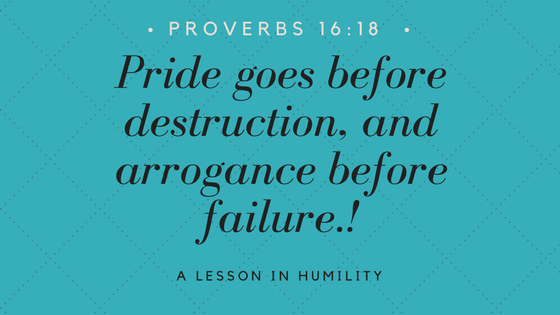 A lesson in humility

The other day my I was picking up my older two daughters from their dad, we meet at a gas station that has a Wal-mart across the street. We live in northern PA. This time of year is still pretty cold, this day it was a decent day because it was in the 30s.  As we were leaving we see a woman holding a sign saying that she is a mom and needed help and that she would take whatever money, gift cards etc. I usually don't carry much cash on me but was heading over to Walmart anyway. I rolled down my window and asked if she could use food. She said she would never turn down food. I asked if she wanted to meet me over there, but she wanted to stay where she was (can't say I blame her...there are a lot of crazy people out there today).

So the four of us get out (Summer 13, Alyse 11, Eliyanah 4 months and yours truly) and head into the store. I grab one cart for her and one for our family. I was kind of excited to get her a ton of food.....but then my brain kicked in. She was standing out there with a book bag. Did she have someone to pick her up or was she going to have to carry everything? Did she have a home, somewhere to cook or was she going to have to eat things as  is. I didn't want what I was doing to make things harder on her.  So I grabbed things that would be individually wrapped, like granola bars, snack cheeses, oranges, bananas, that kind of thing. I also got some money out so that she could get whatever else she needed.

Alyse was saying that she would have liked to give her a gift card that she had, but that she didn't bring it with her.  Summer was excited to see the ladies face when we went back.

So we leave Wal-mart and deliver the goods to the women who is still standing out in the cold....

She thanked us over and over again and said what a blessing it was! I also asked if she had a place to sleep, and she informed me that she did and the money that I had given her would go toward her rent. Her Church was helping with the heat, but she didn't want to ask for any more help (rent/electric). She also said that her daughter was sick and would appreciate prayers for her.

A minute or two after, heading home Summer says, awe I have a warm fuzzy feeling. Alyse agreed and said how nice it felt but she would have liked to do more. I told them I understand but that I was sad.. they both kind of looked at me.

So I told them that must be such a humbling experience for her. They didn't really understand what I meant.

I asked "How would you feel standing out there holding that sign? Would you be proud to stand out there and ask for help?" They both said No with their eyes wide.

I continued to explain that pride is a dangerous thing. Its ok to be proud of yourself for doing or getting something that you have worked and worked at, but at the same time not too proud that if asked to give it up for the good of someone else they would. There is a fine line there.

We shouldn't be so proud that it would ever stop us from helping someone, even if it means standing beside them on the street holding a sign too.

Leave your comments below!