Not what I expected! 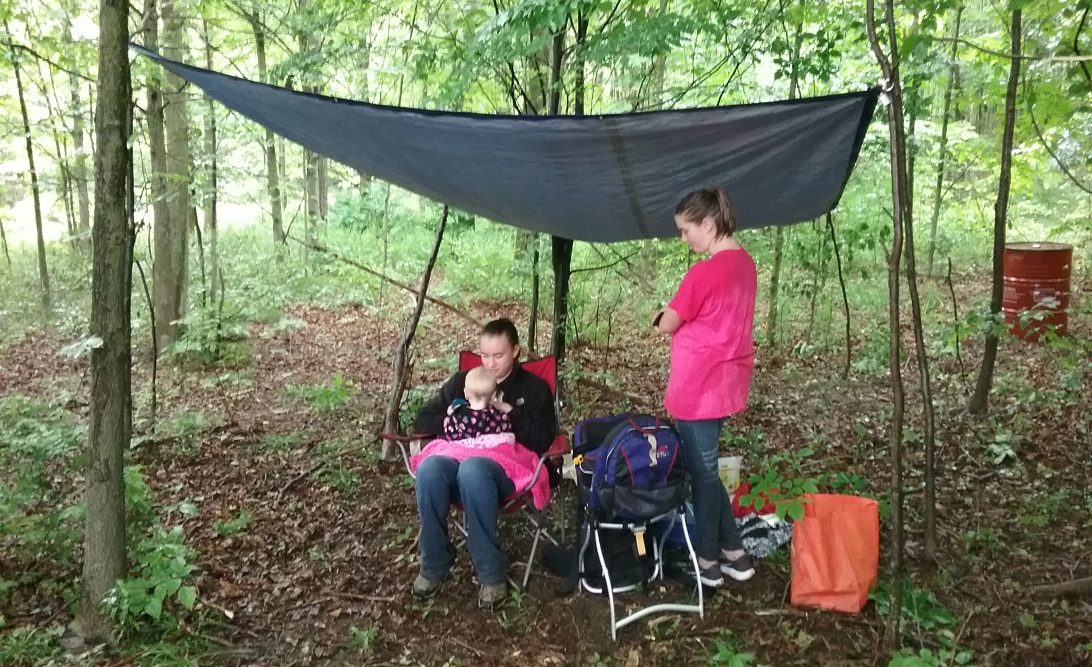 Well this isn’t what I Expected….

When we pray for something we usually have the outcome we want or expected already in mind.  Then when that outcome doesn’t happen we don’t always see that our prayers were still answered.

An example of this happened to my oldest two daughters. I do soil testing that puts us in various types of locations. Sometimes it’s someone’s yard, others an open field and sometimes its in the middle of the woods. This time it was in the woods. I had been warned that it was going to be at least a 20 min hike. So, when we got to where we needed to start hiking I put my 8 month old in my hiking carrier, and Summer and Alyse grabbed the rest of the gear that we needed and off we went. Now neither Summer nor Alyse really “enjoy” doing these tests with me.  Even though we usually have fun and several laughs while we are out doing them. They say they are “boring” because there isn’t much to entertain them. Which in my opinion is a good thing, it helps them get creative!

It’s mid-morning, it was maybe 60 degrees and it rained over night and is lightly raining now…. but the weather forecast says that it’s supposed to stop for a while …. yeah that didn’t happen…

Anyway, we are hiking following the directions and the flags that mark the way. Everything seems fine until those flags stop and there are several trails that could be the right direction…

I have cell service so a called to get clarification, and with a little more detail we start off again.  As it turns out we had gotten a little farther off course that what that person realized so the new directions only took us further off course. That 20 min hike turned into about a 2 hr hike!  After about 45 mins into it I turned to the older two and said, “OK which one of you prayed that we wouldn’t have to do this today?”  (We had a time constraint, if we didn’t find it relatively soon we wouldn’t have time to do it) They kind of got wide eyed, looked at me then each other and back to me…then both sheepishly said “Me”

“Is this what you expected when you prayed?” I asked. By this time, we were SOAKED! They both answered “NO! we want to find the site now!”  I reminded them to be careful what you ask for. Sometime the answer we want isn’t what’s best.

We eventually found the site and were able to do the test. Thankfully we had a tarp with us and could set up a very temporary shelter to get out of the rain for the duration of the test.

Make sure you check out our There is hope project